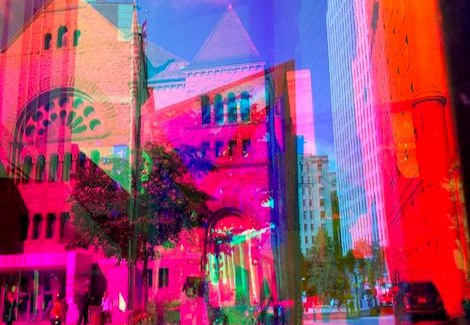 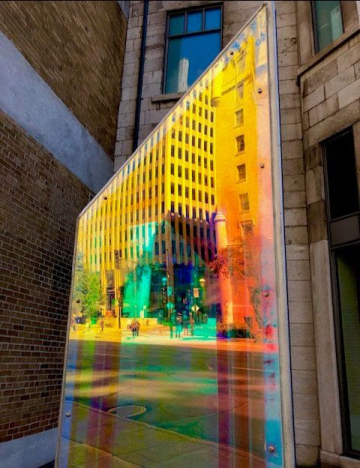 Prismatica is an installation comprised of pivoting prisms more than two metres tall, transforming the space into a giant kaleidoscope. The prisms are made of panels laminated with a dichroic film that transmits and reflects every colour in the visible spectrum, varying with the position of the light source and the observer. The prisms are mounted on bases containing projectors. As visitors wander among and manipulate the prisms, they will enjoy an infinite interplay of lights and colourful reflections. As the prisms rotate, a variable-intensity soundtrack comprised of bell sounds will play.

The prisms are located along Sherbrooke Street, near the Montreal Museum of Fine Arts. Go discover the work in the evening for a different effect!

Conception and execution: RAW Design in collaboration with ATOMIC3